LiveMapping – a work in progress (beta)

The problem with maps in an urban context is that they tend to simplify and fix a city that is complex and always changing.

The screenshots of maps is taken from a workshop, Mapping Urbanity,  with students of urban design in Tampere, Finland, February 2016. Link to map

Henri Lefebvre is maybe the most outspoken critic of the use of maps to represent cities:

As with every dynamic organization, cities are fluid and mobile and any attempt to stop them in order to analyze and represent them risks killing them.

That is, we should finally be able to picture a building as a moving modulator regulating different intensities of engagement, redirecting users’ attention, mixing and putting people together, concentrating flows of actors and distributing them so as to compose a productive force in time-space.

Main purpose with LiveMapping is to produce maps that are both dynamic and hybrid in order to reflect the complexity and movements of the city.

The mapping is done by sending geotagged tweets onsite with #keywords and media – photo, audio, video

Curated and crowdsourced – No special app required – just a special #hashtag – makes crowdsourcing local knowledge very easy. We do however believe that the mapping should be curated as a start to create a “critical mass” that is true to the complexity of a location

More on how to use the map here

Below a time plan that shows how mappings can be integrated into a 3 year process. 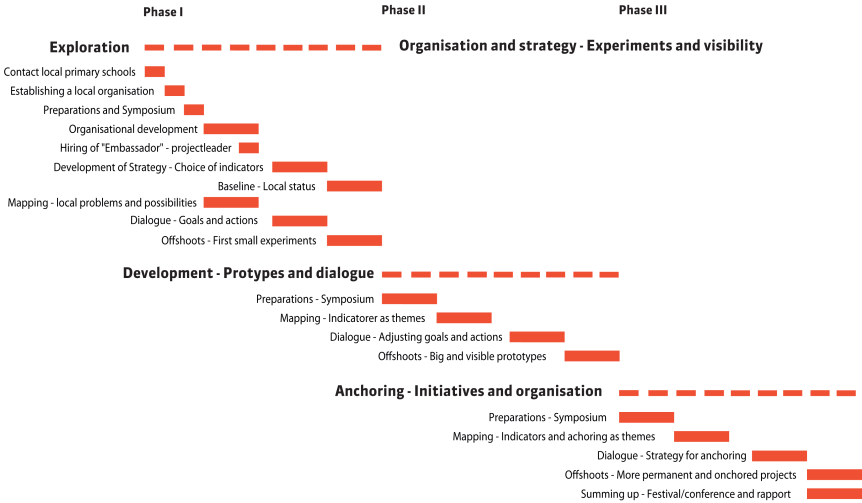 Same time plan but in a better resolution – Timeplan_UEL