Based on the great experiments by the students from Sheffield we tested a way of making the station more visible last week.

The signs should be able to take down and redecorate according to what is happening inside the station – or in front of it where the market is happening.

The Project “Sensing Hedehusene” was not a Supertanker project but by the UK mapping artist Christian Nold. We were engaged in a parallel participatory process that should ensure, that the results were relevant locally. That part was very important since it resulted in the seed for a local offshoot: a monthly market that began the year after. 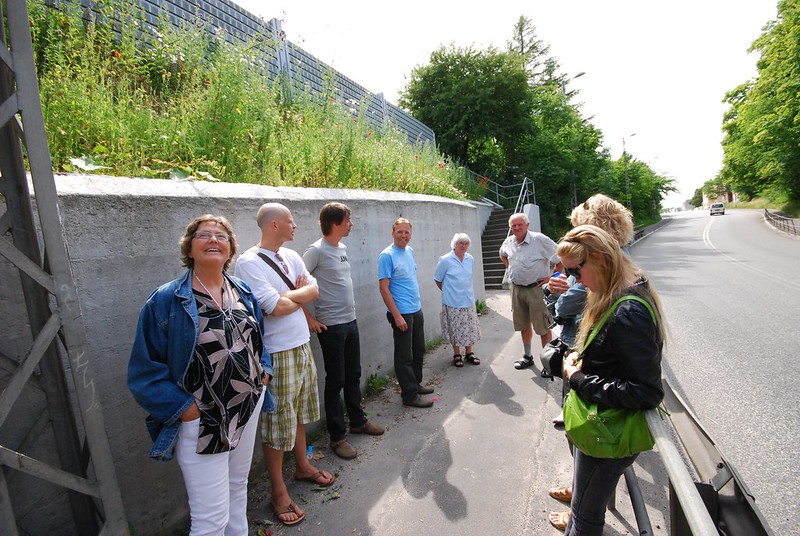 In short the project placed a number of sensors that measured pollution and noise – and had three buttons that made it possible to vote. 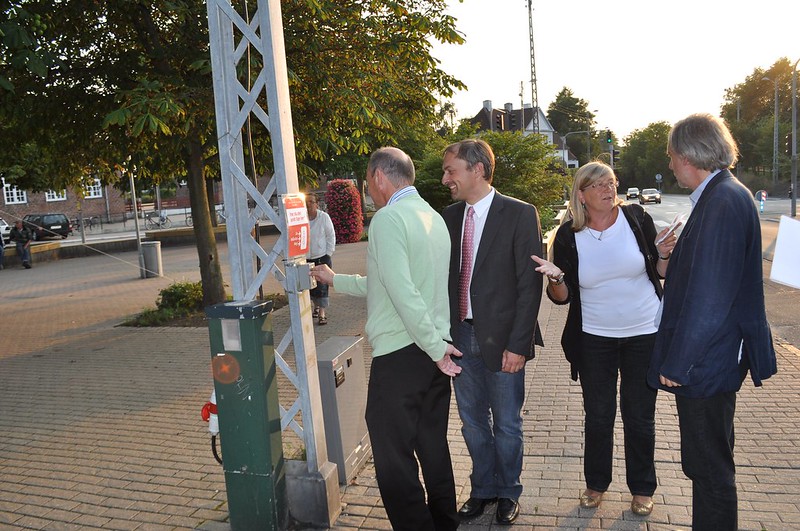 The results of the pollution and noise measurings where shown as colours on a big balloon. 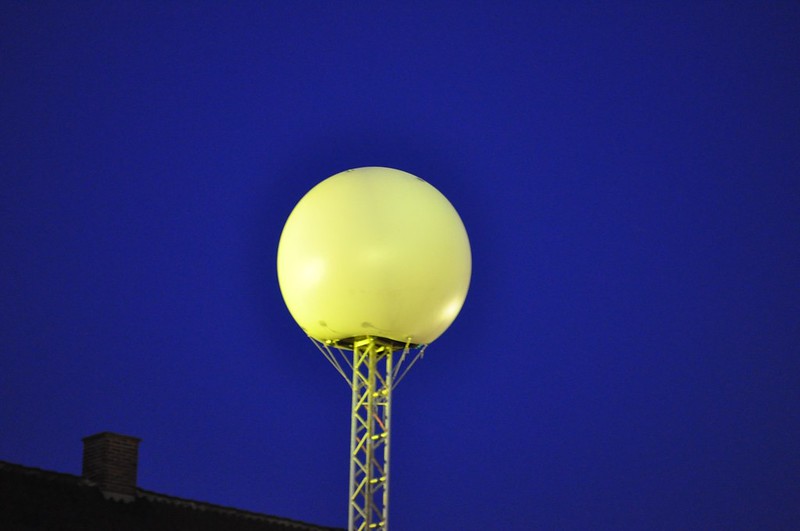 The technology did not really catch on locally but all the buzz created by involving the local mayor and important persons from the culture industry in Copenhagen created a “critical mass” of local people that started discussing the future og the small community. 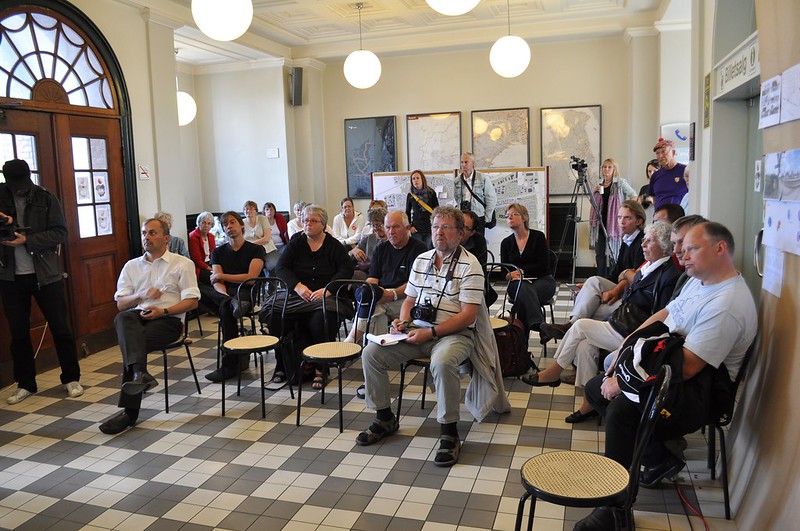 And the outcome of that discussion was to work for 2 ideas: a local market – this idea was made real the year after in 2010 and is a good example of a local offshoot : 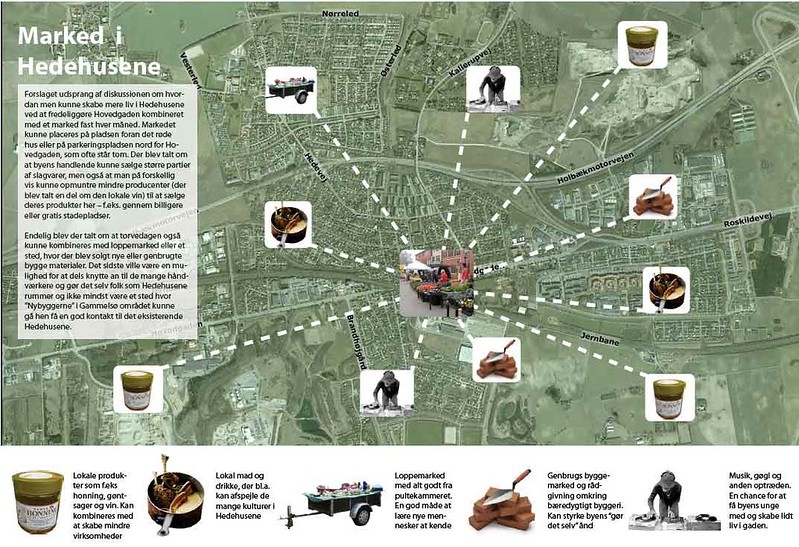 The second idea was to create a local place to meet in the old train station – which is slowly becoming a reality: 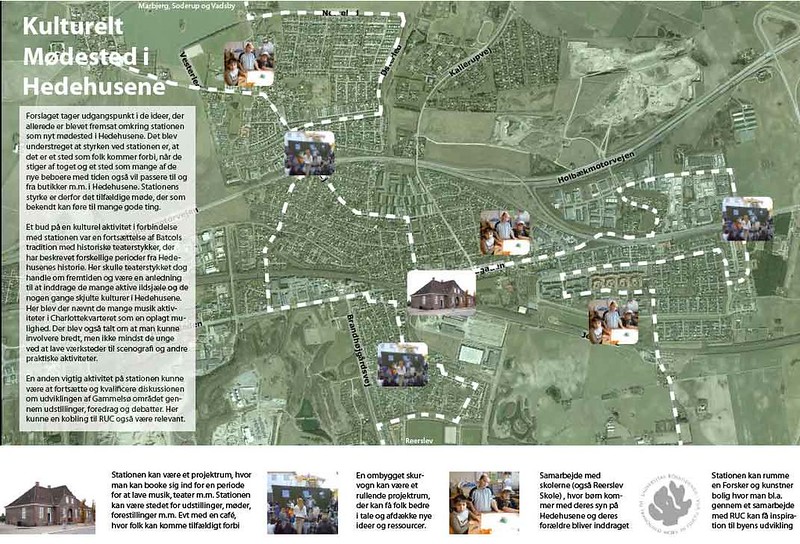 See a short video here – both in English and Danish

In a collaboration with a local theatre we played with the idea of making theatre more urban by making it Super Site Specific. We also wanted the workshop itself to be part of public space so thanks to Anders of Supertanker we got the different workshop groups out in public space like here on the train platform. 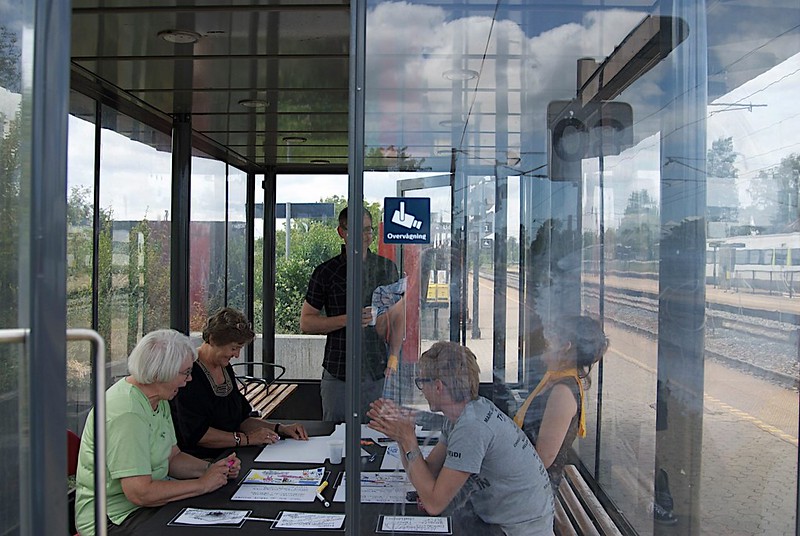 An early example of mapping in a very low tech and concrete way. Very fast to make and very useful for discussing our views on the town of Hedehusene. 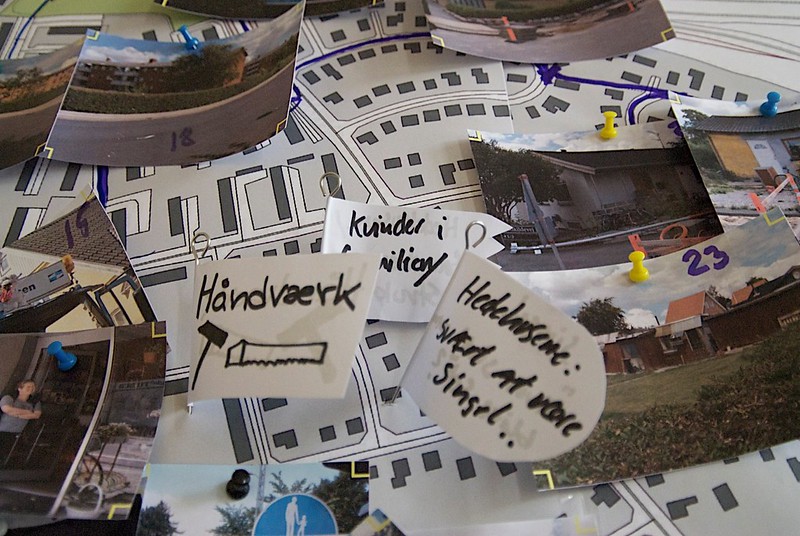 One of the ideas from the workshop was to organise a market – mainly for building materials – to boost the DIY spirit of the town. The market idea would come back the year after – see more here 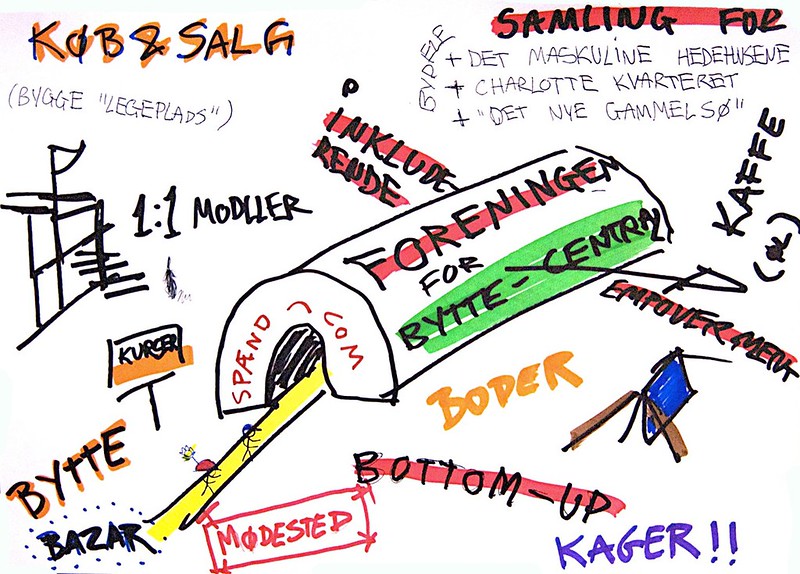 The other idea – and closer to Theatre was a local event where people in town could bring stuff on their trailers to a gathering where all the stuff could be exchanged. The trailers would be decorated and driven through town as a parade of local potentials…. 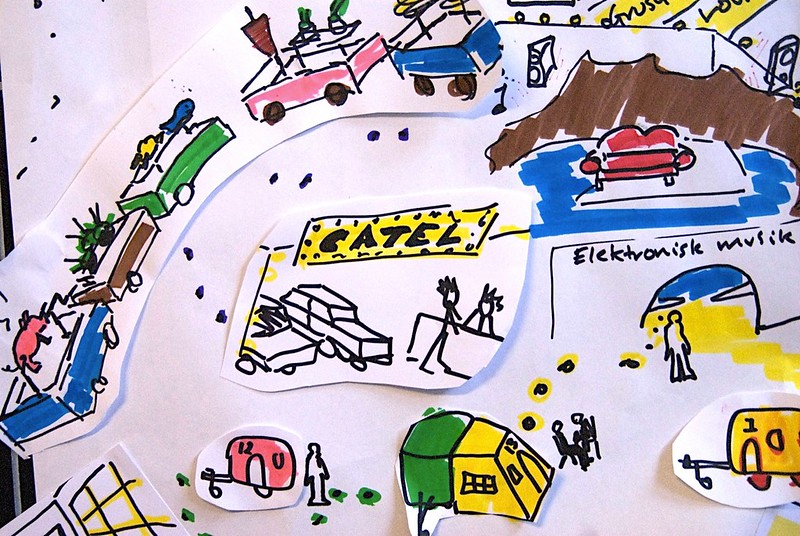 Here you can see some of the sketches from the workshop. Many of them have become reality in the meantime. In the Social Housing area we choose to renovate an old Cirkuswagon that became an icon for that project. For CiTyBee we choose a more mobile Street Kitchen which in some ways resembles the “Peacock” in some of the sketches.

During the CiTyBee process in Hedehusene in 2012 we noticed that local people often used the term “Offshoots” to describe a number of actions in the community like:

The many additions to the self build houses, the re-appropriation of an existing old factory building, or a local association to fight for more local influence.

Offshoots are concrete spatial actions: building and taking space in a visual and functional way but also changing the way we talk about space. Offshoots are ongoing changes to what is already there. Always leaving little seeds of imperfection that make it open to new stories,  discussions and further offshoots. This means that the process can begin again – making it less linear.

One consequence of “Offshoots” is the diversity that stems from houses being an expression of the people who lives there. Below is the sign saying “Forskelligartet” – danish for diverse. 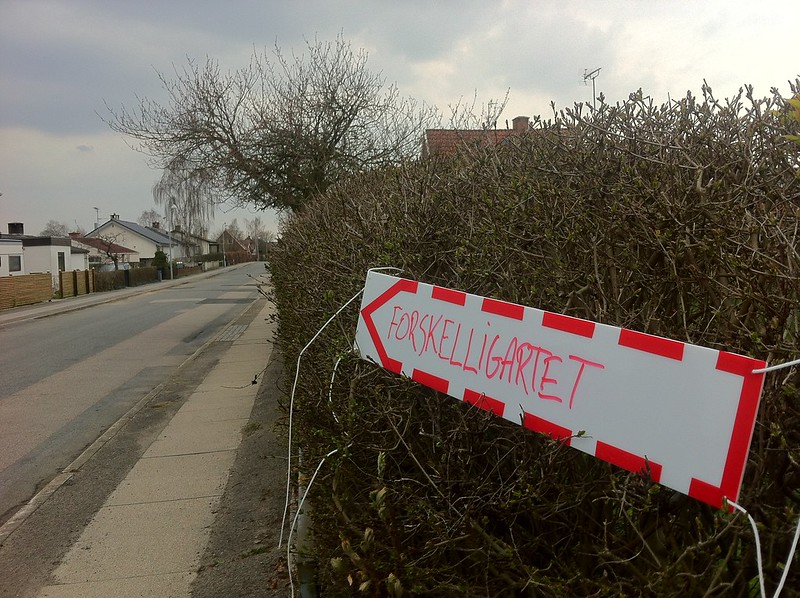