We have used mapping as a tool in our work in many different ways, first with Supertanker and now with CiTyBee. Read more about the background for how we work with mapping here

In our prototype in Hedehusene in 2012 we used no high tech GPS or smartphones. Even though we would like to do that, we think that mapping starts  with just being in public space using the best sensor for the rich sensory and emotional diversity of the city: ourselves and our senses.

We do 1 : 1 Mapping, Street Map and Patterns of Possibilities

Our Street tool Box is an important instrument in our 1:1 mapping. It allows us to get around and be in public space, talk to local people and start to map the space through narratives and dialogue.

The mapping became both a way of documenting stories “in about urban spaces” but it also allowed us to meet the people on their “home turf”, giving importance to a particular space. Many of the people that we met through this interaction would later go on to being involved in future dialogue and offshoots.

By instantly putting up new signs or “Street Whiteboards” we would create a 1:1 map that documented the dreams, needs and interests for that space.

With the new signs and the Street Kitchen we also want to create a situation that shows how a space can be taken or appropriated in order to inspire people to dream of other ways this space could be.

We use a big transportable map that can be moved around and stickers that function in a similar way to the “Street Whiteboards”.

The Street Map became a feature on the monthly market in Hedehusene. It was a popular occasion for people to tell stories and point out the places related to the stories. Again the stickers are used to immediately document what has been said and encourage those who arrive later to react on what has been said earlier.

By the time of the first public meeting the map has become quite full with keywords that document the many stories. (This is where technology might come in handy)

The map shows how many views and stories different places have and that these stories often see the same place in different ways. The map visualises the many different voices of the community and most importantly gives people a way of acknowledging these other voices. This gives a more nuanced and constructive discussion based on a better mutual understanding…hence a dialogue is created!!!

People are given little blue stickers to mark what they think is important. The result is that “Patterns of Possibilities” start to emerge on the map showing the important areas and themes. This is the starting point for the rest of the public meeting that will look at what to focus on and how to act on it. Finally the new ideas and suggestions are documented on the map.

This report – in Danish – was done after the mapping we did in Hedehusene spring and early summer 2012. It is a rather thorough report and next time we will publish shorter Zines that are easier to produce and distribute. The report is good if you want to get to know the small town of Hedehusene.

Our use of Stickers is linked to our mapping experiments. These include working with Yellow Arrows where the stickers had a unique SMS code. See a short (danish) movie here or read an article in NYTimes where our work is referenced.

We have an advanced portable printer so stickers can be printed out on the go. This is a more direct and fast way of communicating in and about public space. 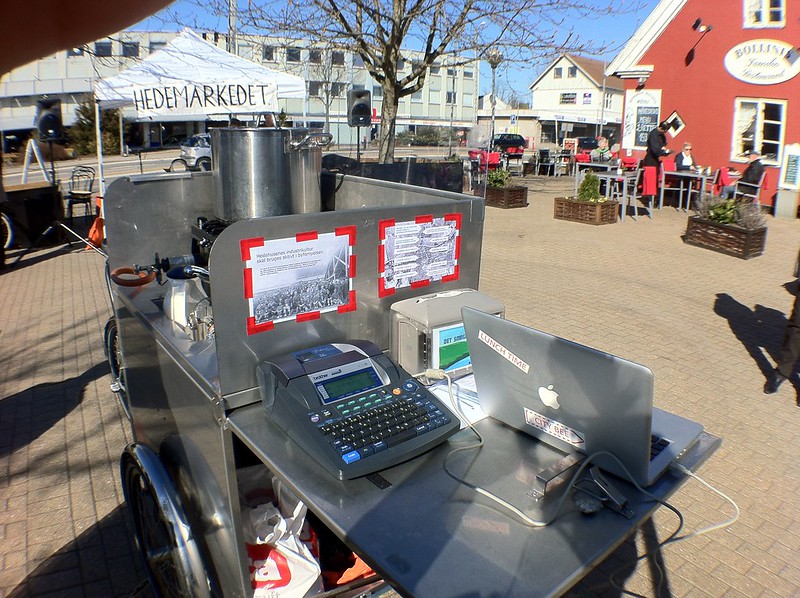 First time we used it we were participating in the local market with a large map on a board that encouraged people to tell stories about places in Hedehusene. 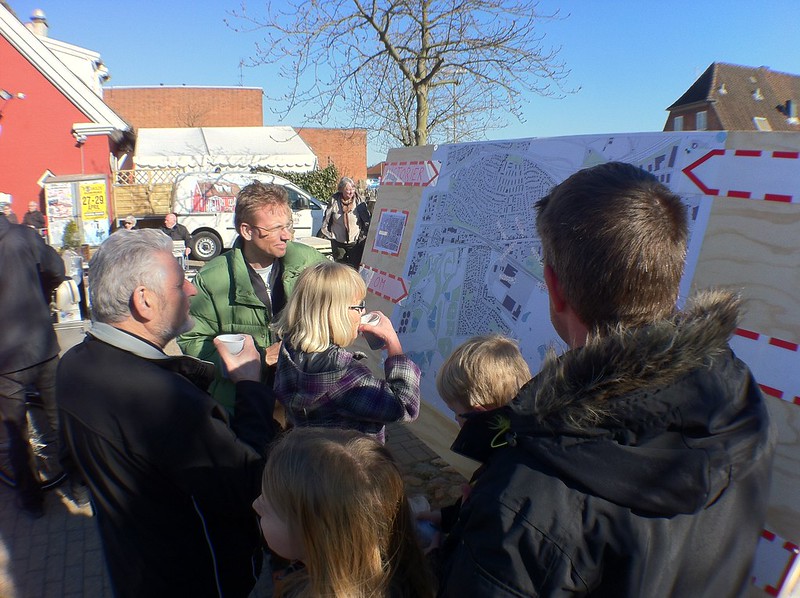 The stickers would immediately document the stories – giving them some “weight” – and encourage people to comment on what had been said before them. A very simple way of showing how the same place can be seen in many different ways by different people. 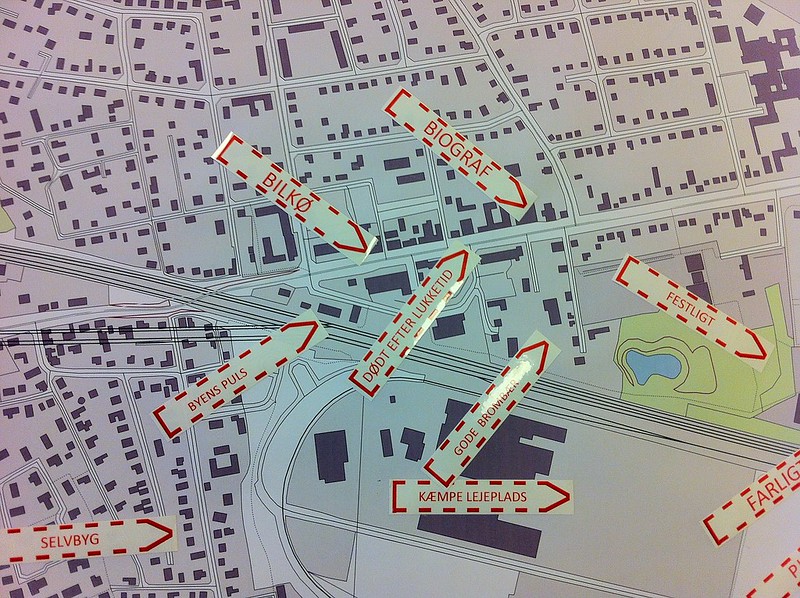 On our tour through town we would use the stickers to tag the different places we stopped. 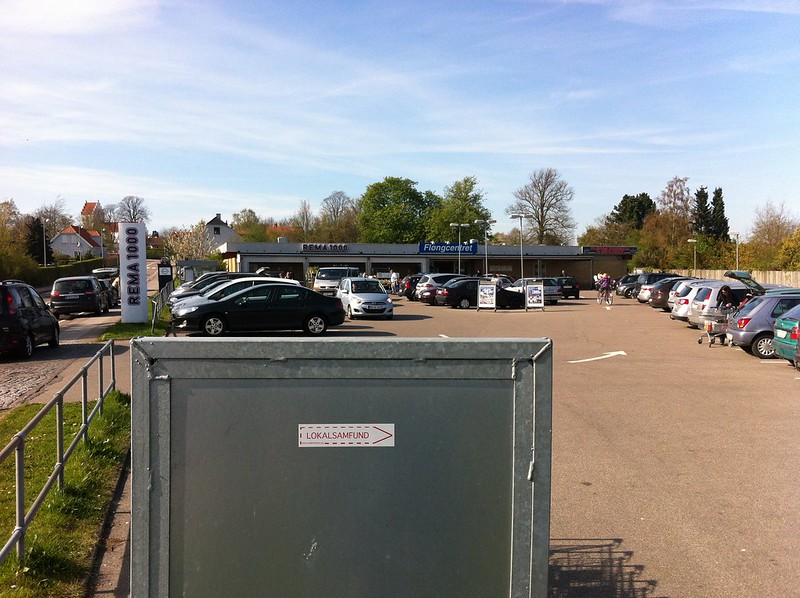 Or add QR codes that would link to stories that were documented on video. This one is a story about the nightmare of heavy traffic when they started to transport goods on big trucks instead of train transport. 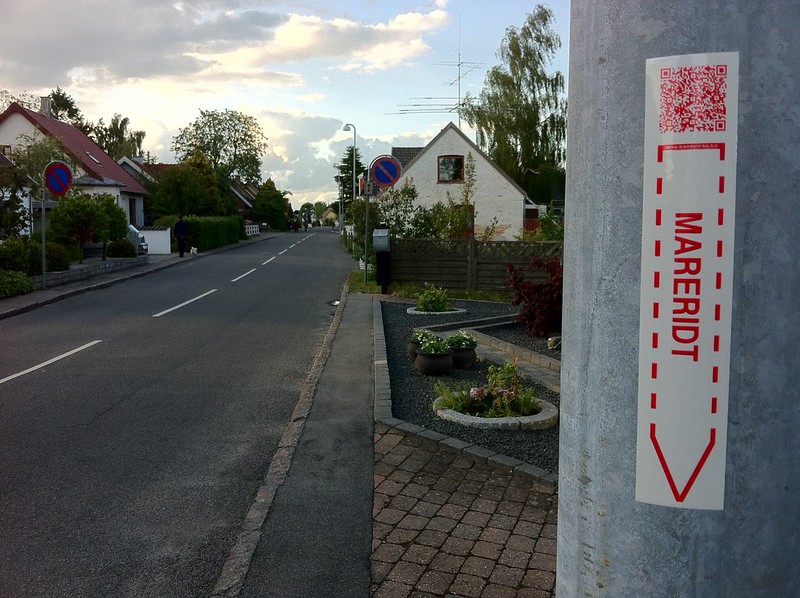 Our most popular tool is our Street Kitchen. It makes us able to get around and talk to people – hearing stories in and about space. And make this talk about space more spatial. By being there but also by putting up signs with keywords from the stories. 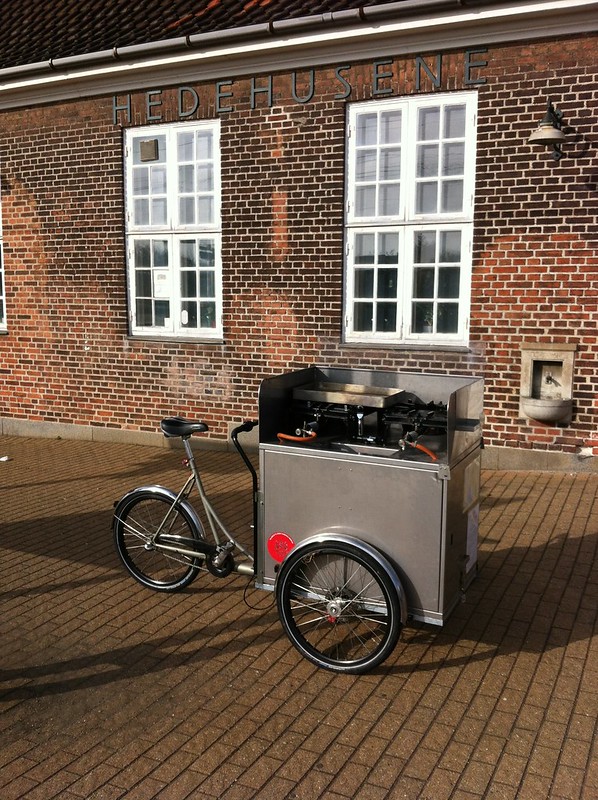 It makes people curious and with a bite or a drink there is a good start for telling stories. In one case we made a special coffee based on Chicory that referred to an old factory in town. 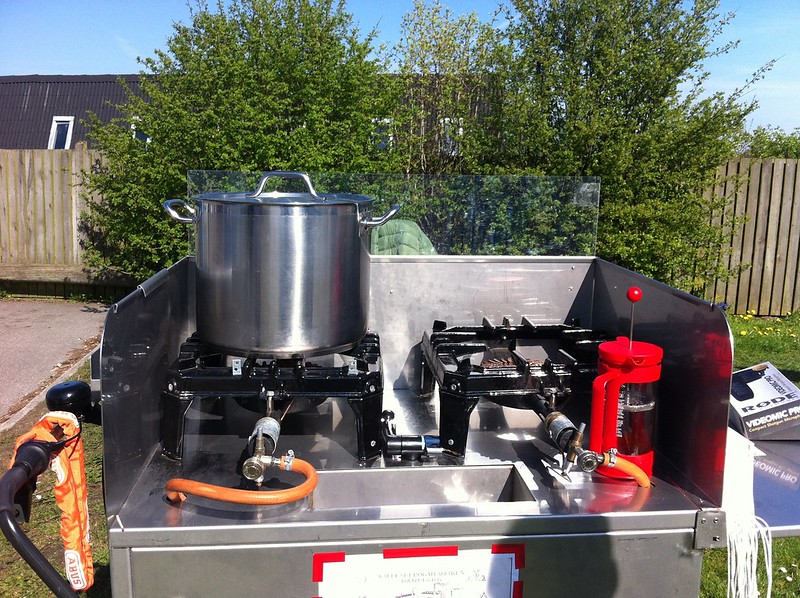 Our Street Kitchen was at the same time our tool box that we used to carry all our other tools such as our printer for stickers, video gear or street whiteboards. 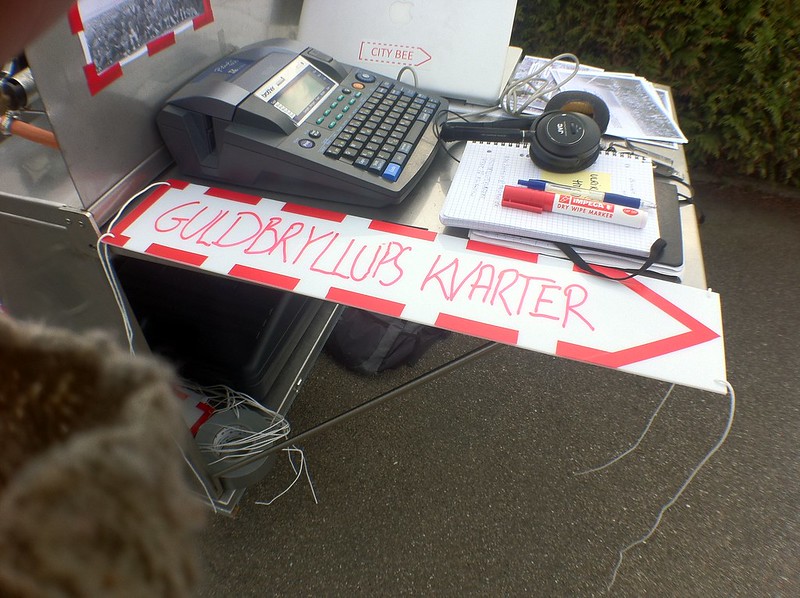 For meetings we can produce a lot of food! 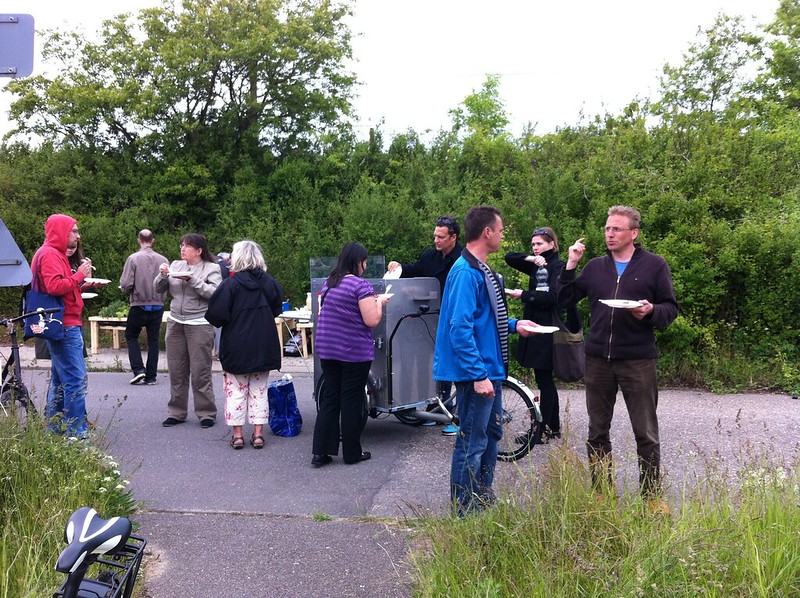